How is League of Legends strengthening the eSports world.

League of Legends, the famous game MOBA (multiplayer online battle arena) of Riot founded in 2009, has just closed another glorious page of the history of the esports.

With the recent participation in the world cup held in South Korea, the game labeled by Riot continues to deliver impetus to the sector.

The eighth edition of the LOL world championships has returned to South Korea, the country that gave birth to 3 of the 6 winning teams of the tournament (including the SK Telekom T1, who raised the 32 kilos of Summoner’s Cup for 3 times).

Despite the Korean domination over the years in the 2018 final, held in Incheon in the presence of about 50000 spectators, the Fnatic team (Europe) and the Invictus Gaming (China) faced each other, with the latter having the best with a dry 3 -0 on their western rivals.

The competition consists of 24 teams and took place in 2 phases: phase a and direct elimination. 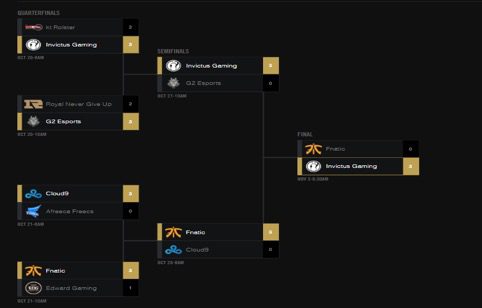 The presence of a Chinese team in the final has certainly helped to create a stunning following. It is estimated that the final reached about 200 million viewers, including 100 Chinese.

It is impressive to know that all this concerns a game that is only at its eighth edition of the World Cup and that in 2011 it obtained an audience of 100,000 spectators.

The fundamental aspect of League of Legends is to always be at stake and in order to improve in all its aspects, it has always been committed to the community, aware of its power over the destiny of the game, has mainly responded with great responsibility and balancing the questions posed by the Los Angeles company.

The decisive moment in which League of Legends traced its winning path was probably when he decided, in 2012 to organize the tournament by himself, and in fact formalize a competition and make the same the climax of an entire export season where the qualified teams they have already shown themselves and have already created a solid foundation.

This has so oriented the viewer aware of the fact that, to see the best of the competitive scene of the game, it needs to wait for the world (visible on the official Twitch channel of Riot).

Spectacularization is another concept that has accompanied the organizers of Riot to join major sporting events such as American football that decide to stage a mini concert after the end of the first half of the Superbowl. This year it was decided, after hosting great artists such as Imagine Dragons in 2014, to show, through the technology of augmented reality, a fictitious pop group called K / DA, composed of 4 samples playable in LOL.

Finally, League of Legends has been able to publicize the competition through banners posted along the map of the game and a massive assortment, during the tournament period, of collectibles and “world” skins applicable to their samples purchased within the platform and -commerce of Riot.